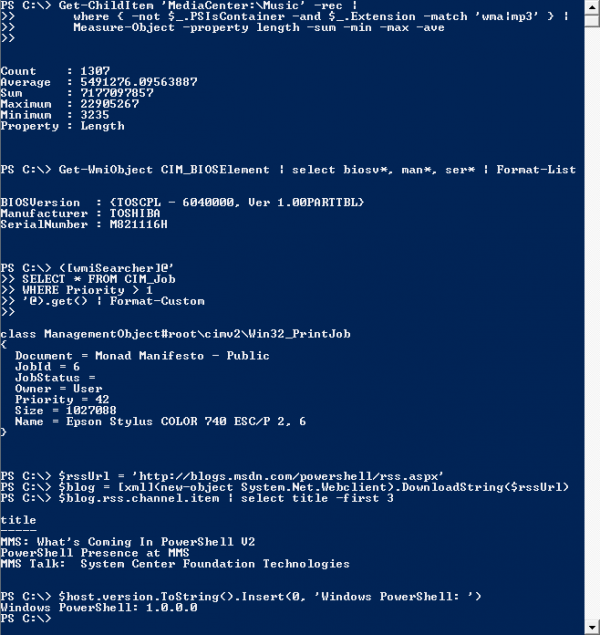 Here at Grant McGregor we like to keep up with the latest trends and innovations in the world of technology. This week we are pleased to report that Microsoft is embracing inter-operability by introducing SSH encrypted login support for PowerShell.

Yes, earlier this week, Microsoft announced their plans to release a new version of Windows PowerShell, with updated functionality that will let users manage both Windows and Linux computers, through Secure Shell protocol and Shell session (SSH).

For those who don’t know, SSH is basically a protocol that allows users to access the command line of remote computers. It allows users to benefit from greater security when accessing another computer remotely by not only encrypting the remote session, but also providing a number of improved authentication facilities such as secure file transferring and network port forwarding.

The new feature, which was announced in a blog post by Angel Calvo, the Software Engineering Manager at PowerShell Group, will allow Windows users to securely connect and run terminal commands on other Windows and Linux machines, using SSH. The PowerShell team also have plans to work with OpenSSH so they can share their functionality with the open source community.

In the blog post, Calvo explained that SSH support had been a highly requested feature from users who work with both Windows and Linux systems. Whilst it was first introduced back in 1995 as a tool for managing remote machines, it has not been high on Microsoft’s priorities up until now.

The support for Linux, along with the contributions to the open source community sparks a big change in Microsoft’s strategy and culture. CEO Satya Nadella declared Microsoft’s love for Linux at an event for Azure Cloud last year, showing a clear divide in opinion from Steve Ballmer, who once described Linux as ‘a cancer.’ In line with these changes in culture, Microsoft has created a number of Linux distributions, which are now available on Azure and is even releasing a code editor that works across Windows, Linux and Mac OS X.

In the announcement, Calvo also said that SSH support was a long time coming for PowerShell but it wouldn’t have been possible without the changes at Microsoft. Revealing that the PowerShell team tried to incorporate SSH support into both versions 1 and 2 of the software, Calvo said the idea had been shot down and that offering the feature in the next version was purely down to changes in leadership and culture at Microsoft.

Still a while to wait

Whilst there will be many developers out there who are desperate to start using the new functionality in PowerShell, they’re going to have to wait a little while. Calvo has said that the company is still in the early planning phase when it comes to introducing SSH support, so there isn’t a set release date as of yet. PowerShell is expected to provide updates and more information in the near future.

Resistance up until now

So what took Microsoft so long to introduce SSH encryption?

Up until now, Windows has always prioritised its own remote desktop solutions for controlling other workstations and servers. SSH adds features that are outside of the normal Windows usage, which is why the company has probably resisted it up until now. Before, SSH support wasn’t considered a priority for Microsoft; however now it has an important role to play in the big picture of what Windows is looking to deliver with its systems.

What is encrypted login?

If you’re sat there feeling completely lost, you’re not alone! SSH encryption can get a little confusing so to break it down for you, let’s first explain what exactly is an encrypted login?

Basically encryption is the conversion of electronic data into something known as ciphertext. This ciphertext is designed so that it cannot be read or understood by anyone except those authorised to read it.

The purpose of encrypted login support is to protect the confidentiality of digital data that is stored on a system or transmitted via the Internet or another computer network. Encryption plays an important role in improving the security of IT systems and communications and is something that all businesses should be using.

SSH is an encryption tool and is one of the most common ways to safely managing remote servers. It uses a number of encryption technologies to ensure a secured connection is established between two parties. This means that you can pass commands back and forth with the knowledge that an unauthorised third party cannot intercept them.

Why is this so good for interoperability?

In the past if Windows users wanted to remotely manage a Linux server, they would have to use a client known as PuTTY (or another alternative) to form a Secure Shell (SSH) connection. Whilst this made interoperability possible, it wasn’t exactly convenient.

The robust and secure solution will allow users to benefit from automated process that enables them to remotely manage Linux and Windows systems, which in terms of interoperability is much more convenient.

All businesses should be using encrypted logins and other key security features in order to keep their computer systems and data safe. If you think you could benefit from improving your IT security, then get in touch with Grant McGregor today.

We offer a wide range of security services and can help you with everything from encryption, security updates and patching to a variety of IT security protection measures and controls to fully managing your business’s IT systems. For more information give us call on 0131 603 7910.

We took the decision to progress with GFI EndPointSecurity mainly on cost-effectiveness but also on the valuable pre-sales help afforded us by our supplier, Grant McGregor Ltd.