How the Acquisition of LinkedIn by Microsoft will Affect Business & IT 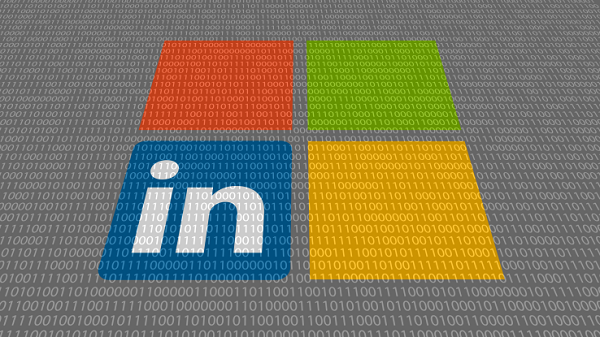 Computing giant Microsoft has recently announced its intention to buy the professional networking site LinkedIn in a deal worth £18 billion ($26.2bn).

This is by far Microsoft’s biggest ever acquisition, eclipsing both the $7.2 billion takeover of Nokia’s mobile phone business back in 2013 and the $8.5 billion purchase of Skype in 2011. It also far surpasses the $19.5 billion acquisition of WhatsApp by Facebook in 2014, but the deal has some similarities to this in the sense that LinkedIn will retain its ‘distinct brand, culture, and independence’. Jeff Weiner is expected to remain CEO of LinkedIn and will report directly to Satya Nadella, CEO of Microsoft. With completion of the deal expected this calendar year, we take a look at the potential impact on business and IT.

Founded in 2002 by Reid Hoffman, LinkedIn provides a platform for professionals to network with businesses and other professionals. Users are encouraged to share their business and personal contacts, which LinkedIn makes available to advertisers and recruitment agencies. Currently, the site has an impressive network of over 433 million registered users.

Why the acquisition by Microsoft?

They could offer LinkedIn the potential to improve the user experience via integration with Microsoft Office tools, resulting in highly targeted content.

The idea is that LinkedIn users will receive relevant business information in their newsfeeds, based on detection of the type of projects they are working on using Office software. On the flip side, however, users are also likely to see an increase in targeted advertising with brand messages, products and services that may not be entirely welcome.

Microsoft is expected to use the acquisition of LinkedIn to boost sales of its business and email software. Access to a network of over 433 million potential customers will certainly help, in this regard.

But, it is the integration of Microsoft products with the world’s largest professional social network that really opens up doors to innovation. In an email to Microsoft employees, announcing the intended acquisition, Nadella stated that he had been ‘learning about LinkedIn for some time while also reflecting on how networks can truly differentiate cloud services’.

The integration of LinkedIn into Microsoft software will open up a wealth of possibilities, with a great deal of potential for improving the service for business users. Nadella suggested that we could see a future in which Office software will recognise when a user is attempting to carry out a specific task, and provide them with suggestions of specialised experts to help with the process.

Cortana, Microsoft’s digital assistant, could be utilised to remind users of the connections they have with particular individuals that they are scheduled to meet for the first time, based on details from their calendar.

Sales opportunities could be increased for those using Microsoft’s CRM service, through the ability to obtain additional background information on new contacts and business opportunities. Employee training could be improved and made more efficient by utilising information from the network database to better target courses.

According to Nadella, this deal is central to Microsoft’s ‘bold ambition to reinvent productivity and business processes’. In a world of ever-increasing digital integration, a connected professional world is considered essential for business success. Technology giants are envisaging a future where everything from recruitment and the development of skills to sales, marketing and everyday business processes are likely to be aided and informed by databases of professional networks.

Both Microsoft and LinkedIn are probably hoping this deal will be enough to trump the competition. Competitors, such as Salesforce.com, have recently been building business enterprise solutions that exploit networks of business professionals and, back in 2015, Facebook at Work was launched, which poses a direct threat to LinkedIn by providing businesses with the opportunity to create their own social networks.

Microsoft’s Windows technology no longer monopolises the industry and the company’s track record with major strategic acquisitions is, arguably, poor. This deal could mark a turning point, in this regard, but there are likely to be stumbling blocks along the way.

Data protection could be an inhibitor to the full realisation of the deal’s potential.

There is likely to be scrutiny of the company’s use of the personal data that LinkedIn holds. Is it acceptable, for example, for employees’ professional connections to be mined by managers? Is it legitimate for sales teams to dig for information about strangers?

The answers to these questions, and more, will ultimately determine how valuable LinkedIn’s data turns out to be to Microsoft. This will also determine the effect that Microsoft’s acquisition of LinkedIn has on business and IT.

One thing that’s certain is that the development of cloud services is revolutionising business processes and IT.

What remains to be seen, is whether the acquisition of LinkedIn by Microsoft will be of significant benefit to business users of both services. It all depends on how LinkedIn’s data is utilised and, indeed, how well this is received by users.

Your services are exceptionally good value for money… I can verify that Grant McGregor provides a truly professional IT service with no nonsense all at an excellent price.