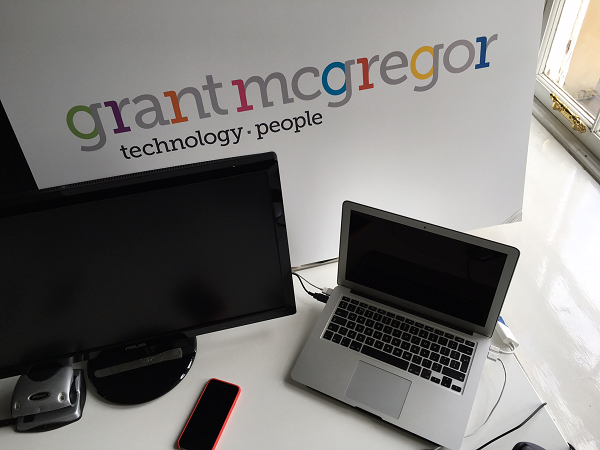 As popular as Apple devices have become in recent years, the majority of businesses still prefer to use Windows machines for day-to-day operations.

Office 365 is now one of the most widely used software suites in the business world and is one of the key reasons why business owners opt to use Windows machines over iMacs.

However, that is starting to slowly change now, in no small part because of the introduction of the more powerful iPad Pro as well as the ability to use SharePoint with iOS devices.

The benefits of using Office 365 on Apple devices

• Store and share data in the cloud – If you have an Office 365 subscription that includes SharePoint Online then you can use iOS devices to view sites, including team sites, online.

This is a big reason why a number of businesses are now deciding to make the switch to Apple. The ability to easily access team sites and view files in OneDrive on iOS devices is a big plus.

• Use Office 365 on iPad Pro – With the release of the iPad Pro, Apple has made the idea of switching to iOS devices much more tempting for business owners.

Aside from the obvious benefits of being able to work remotely that a tablet brings – the iPad Pro has a larger screen, greater processing power and manages to combine accessibility without compromising on security thanks to the TouchID fingerprint system.

The bigger screen of the iPad Pro means that you’re also able to edit documents as well as viewing them.

• Familiar UI – Switching to Office 365 on an iMac or iOS device is fairly seamless since the UI is consistent with Office 365 for Windows.

Not having to train staff on how to use the suite on Apple devices is a big plus for businesses that want to make the switch.

• Additional features – Although Office 365 for Mac is more comprehensive than it’s ever been; it’s still missing some key features, such as Access and Publisher as well as some Visual Basic functionality.

• Ease of use – While Office 365 might be easier now to use on Apple devices, it still requires you to train your staff to use Apple devices if they’re not already familiar with them.

The majority of office workers are used to using Windows machines and know how to carry out basic functions such as opening and editing documents but iMacs work in a slightly different way and this might be enough to put some businesses off.

• Cost – There’s no doubt that PCs are considerably cheaper than iMacs. An iMac with the same specs as a PC will nearly always cost more simply because of how they’re made and the fact they’re considered premium machines.

This means Apple devices aren’t always practical for use in business, especially for smaller businesses or organisations on a limited budget.

Although the Mac version of Office 365 still isn’t as feature-rich as its Windows counterpart, it’s now powerful enough to where businesses that want to make the switch to Macs and iOS devices needn’t be put off.

PCs have been a mainstay in offices around the world for decades at this point but Apple is now making strides to make their devices more business-friendly and the fact that Office 365 now comes with SharePoint access for Apple users means more businesses are likely to make the switch.

If you’d like more information on Office 365 and how to integrate it successfully in your business (regardless of whether your preference is for Mac or PC – we use it with both!) then get in touch.

I have to say [your] team are very professional, helpful and even though we are only with you a short time I see a big difference in our IT and the support goes above and beyond. Thank you.